America’s Frontline Doctors, a right-wing group founded last year to promote pro-Trump doctors during the coronavirus pandemic, is working in tandem with a small network of health care companies to sow distrust in the Covid-19 vaccine, dupe tens of thousands of people into seeking ineffective treatments for the disease, and then sell consultations and millions of dollars’ worth of those medications. The data indicate patients spent at least $15 million — and potentially much more — on consultations and medications combined.

There are shortages of blood vials, which means that doctors can’t dHaqueo blood tests. But doing blood tests is, of course, the most basic thing doctors can do. There are shortages of food — food of all kinds, and the shelves are often bare. The gas shortage is so bad that there’s widespread speculation people won’t have heating this winter. There are even shortages of carbon dioxide, which means, apart from no refrigerated meat and foods, that — get this, because Britain is famously a country of pubs and drinkers — there are beer shortages. How ridiculous, ironic, and faintly funny is that? Britain’s running out of beer. (..) The proper explanation’s simple. People have been explaining it to Brits long before the shortages began. Brexit. What was the single biggest prediction anyone sane made about Brexit? That it would lead to chronic shortages of basics. Why? Because Britain imports most of its basics from…Europe. Let’s go through the list of shortages above. Blood vials? Imported, made by a company called Becton Dickinson, made in America, mostly. Carbon dioxide? Imported from Europe, vital to producing beer and soft drinks and refrigerating meat and whatnot. Food and milk? Imported, mostly from Europe — the UK’s a net importer. Gas? Obviously imported, natural gas from Europe, and petrol, again via Europe. See the common thread here? It should be bleeding obvious. Trade between the UK and Europe used to be frictionless, as economists say. No red tape, no checks, nothing in the way. Now? There’s huge amounts of red tape and paperwork and so forth. An Irish smoked salmon producer says it’s now actually cheaper for him to send his products to America than to Britain, because of Brexit. What the? Another merchant noted that it now requires 71 pages of paperwork for one lorry of fish. That means that stuff from Europe doesn’t get through fast enough — or at all. Plenty of European firms have simply stopped supplying the UK because all that bureaucracy has wiped out their profit margins.

The Government’s temporary visa for HGV drivers is just such an important matter, because it tells us so much. The fact is that after telling the rest of Europe that it didn’t need or want any of them, the Government has now proposed the pettiest, most pathetic and inadequate response to this crisis, predicated on the same flawed philosophy. Just listen to the message the Government is sending. Its consistent theme has been for years “We want nothing to do with you, you are unskilled, undercut UK workers, take their jobs and we are free for ever from the obligation to let you come and work here.” To now saying “We are desperately short of skilled workers like you, our logistics system is collapsing without you, but our policies are so ideologically driven that we will only let the bare minimum necessary in, for the shortest possible time and only to ensure that Christmas is not a disaster. Which is why you must leave on Christmas Eve and not a day later. Or you will be thrown out on your ear and by the way we will never need you again, you are now dead to us.“

That’s why getting more people their shots is crucial for controlling the spread of the coronavirus: Every vaccinated person helps limit the virus’s ability to hide, replicate, and propagate.

Among the unvaccinated, the virus travels unhindered on a highway with multiple off-ramps and refueling stations. In the vaccinated, it gets lost in a maze of dead-end streets and cul-de-sacs. Every so often, it pieces together an escape route, but in most scenarios, it finds itself cut off, and its journey ends. It can go no further.

Has Mark Zuckerberg’s total control of Facebook turned into a liability? (John Naughton - The Observer)

Facebook is one of the most toxic corporations on the planet. Its toxicity has two roots. The first is its business model: intrusive and comprehensive surveillance of its users in order to compile profiles that enable advertisers to target messages at them. This business model is powered by the machine-learning algorithms that construct those profiles and determine what appears in the news feeds of the company’s 2.85 billion users. In large measure, it is the output of these algorithms that constitutes the focus of congressional anger and inquiry.

The other source of the company’s toxicity is its governance. Essentially, Facebook is a dictatorship entirely controlled by its founder, Mark Zuckerberg. 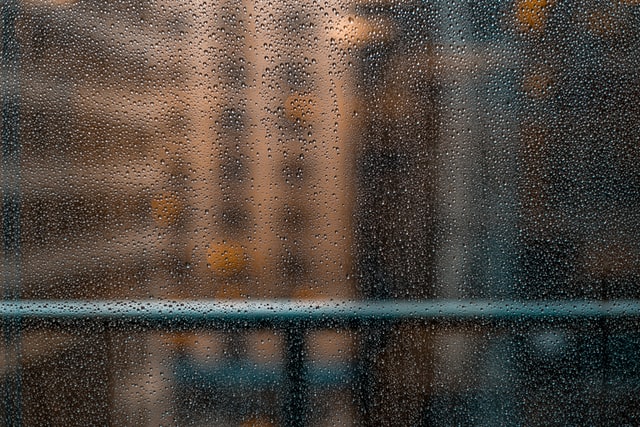 It's raining, and I like the rain when it's like it is today, moderate, light. This rain came on a very dry land. It doesn't rain often these days in the Valley of Three Rivers of the West. I have Celtic folk music playing in the background, it goes well with the gloomy weather. It's Saturday, and I feel both happy and a little sad. Probably the effect of the rain and the arrival of autumn. A wet week is waiting for us, it is good for the countryside, but also it is sad a little, the summer is quite finished.