→ Back in the fifties 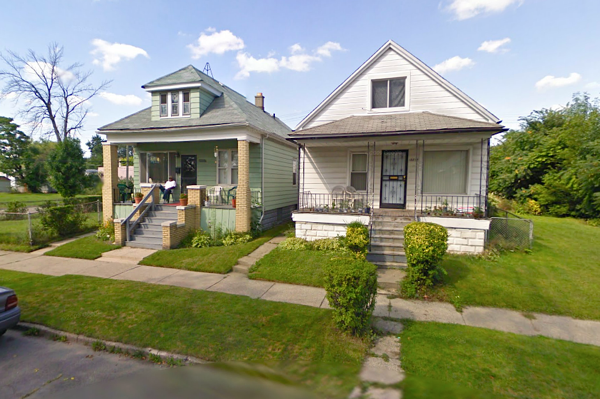 The fifties are now recalled as a golden age when Americans, white ones anyway, burst into the suburbs, while all the consumerist gratifications deferred by the Great Depression and World War II were sated. It was the age of the television set (“Bigger screen… Brighter picture… Better reception”) and pop-up toasters, of Frigidaires and freezers big enough “for the whole family” (“holds 525 pounds!”), of “extension” phones, wonder of wonders, (“I just couldn’t get along without my kitchen telephone”), and cigarettes so “soothing to the nerves” that doctors and baseball players alike were proud to endorse them.

With good jobs and rising wages in a still war-battered world, the United States stood so much taller than the rest of the planet, manufacturing the large items of the peaceable life (cars, above all) and the advanced weaponry of war, often in the same dominant corporations. It was a world in which Bell Telephone, that purveyor of extension phones, could also run upbeat ads aimed at boys extolling its weapons work. (As one began: “Chip Martin, college reporter, sees a ‘talking brain’ for guided missiles... ‘Glad to see you, Chip. Understand you want to find out how our Air Force can guide a warhead a quarter of the way around the world. Well, look here...’”)

Inexpensive gas, cheap well-marbled steaks, and reliable warheads that might end life as we knew it -- that seems like a reasonable summary of the obvious in American life in those years. And if you were a kid and wanted more, Hollywood was there to deliver: it was a time when, on screen, the Marines always advanced before the movie ended, and the sound of a bugle meant the bluecoats were coming to save the day. It was the moment when, for the first time in history, teenagers had money in their pockets and could begin to spend it on clothes, records, and other entertainment, propelling the country into a new age in which the Mad Men of that era would begin advertising directly to them.

Tom Engelhardt - How The Movies Saved My Life