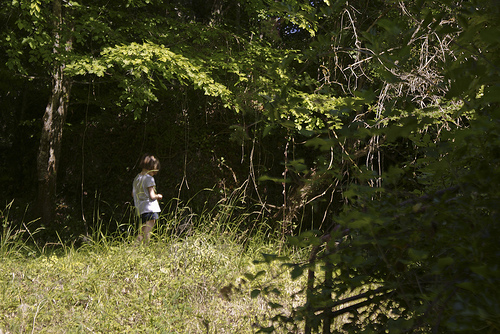 So, Saturday was spent with my American friends, a couple from Maine and their twin daughters (5 years old). I met them at Gare Montparnasse in Paris early on the morning. They were in Paris for a few hours, going later to my sister's house in the countryside near Chinon. They wanted to show the Eiffel Tower to the twins. They were wiped out by their trip and seriously jet lagged, for their travel was long and winding, from their town in Maine to Boston and from Boston to Reykjavik and from Reykjavik to Paris. After a hearty breakfast we went to the Eiffel Tower and did what tourists do in this place : photographs, buying knick-knacks: miniature pink Eiffel Towers encrusted with fake diamonds, sell illegally on the street by Indian subcontinent scalpers. I left my Americans sleeping on the grass in Champ de Mars gardens, just in front of the Eiffel Tower and went home to bag my stuff and meet them again in Gare Montparnasse where we took together the TGV for Tours and then the train for Chinon.

I had Monday off work so it was a long weekend in the countryside with seven chidren, cousins and the American twins. Summer paradise! I almost grew nostalgic of my childhood seeing them playing together in the grass and going for bycicle raids to the brook nearby and organizing expeditions to the abandoned house in the forest, but I pulled myself together!

I went back in Paris Monday night.