Two stories about terrorism, the first about the so-called "open source intelligence". I knew that some volunteer observers took upon themselves and Google Earth to spy Iran and North Korea, but this is new for me : 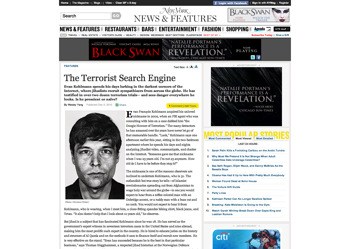 
Evan Kohlmann spends his days lurking in the darkest corners of the Internet, where jihadists recruit sympathizers from across the globe. He has testified in over two dozen terrorism trials— and sees danger everywhere he looks. Is he prescient or naïve?

And this one tries to demonstrate that suicide bombers are above all... plainly suicidals  (that is not comforting though, but explains a lot) : 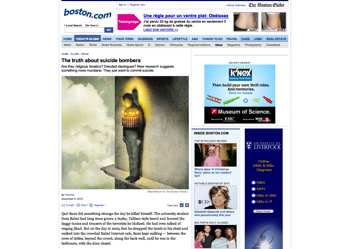 ¶ The truth about suicide bombers - The Boston Globe


Williams is among a small cadre of scholars from across the world pushing the rather contentious idea that some suicide bombers may in fact be suicidal. At the forefront is the University of Alabama’s Adam Lankford, who recently published an analysis of suicide terrorism in the journal Aggression and Violent Behavior. Lankford cites Israeli scholars who interviewed would-be Palestinian suicide bombers. These scholars found that 40 percent of the terrorists showed suicidal tendencies; 13 percent had made previous suicide attempts, unrelated to terrorism. Lankford finds Palestinian and Chechen terrorists who are financially insolvent, recently divorced, or in debilitating health in the months prior to their attacks. A 9/11 hijacker, in his final note to his wife, describing how ashamed he is to have never lived up to her expectations. Terrorist recruiters admitting they look for the “sad guys” for martyrdom. 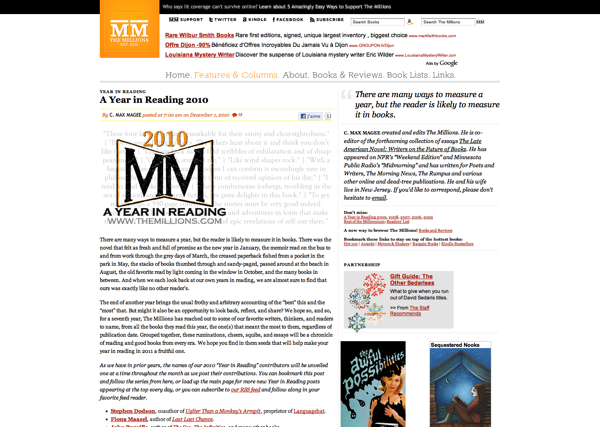 ¶ The Millions : A Year in Reading 2010 : The Millions, one of the best literary webzine out there, asked some writers what were the books of the year for them. 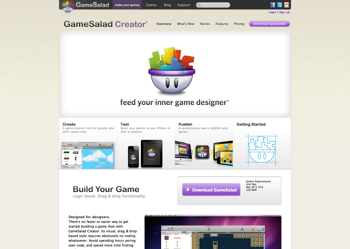 ¶ GameSalad Creator for Mac - Feed your inner game designer ™ - GameSalad : if you want to create a game, even though you don't know any code, this can help you (be creative)!
blogué par Jean Ruaud
Envoyer par e-mailBlogThis!Partager sur TwitterPartager sur FacebookPartager sur Pinterest
Article plus récent Article plus ancien Accueil