The French press, as always lazy, prejudiced and incompetent...

Mark Twain : "As I have said before, I never had any large respect for good spelling. That is my feeling yet. Before the spelling book came with its arbitrary forms, men unconsciously revealed shades of their characters, and also added enlightening shades of expression to what they wrote by their spelling, and so it is possible that the spelling book has been a doubtful benevolence to us."

According to Alain de Botton in his How Proust Can Change Your Life: The lesson? To hang on to the performance. To read the newspaper as though it were only the tip of a tragic or comic novel, and to use thirty pages to describe falling to sleep when need be. 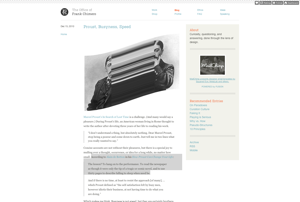 ¶ The 10th Annual Year in Ideas, from The New York Times Magazine 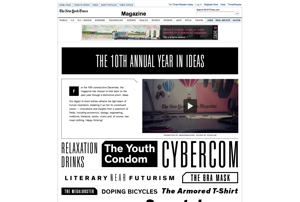