In the Guardian yesterday there was a long story where some celebrities and not so celebrities were asked what is their perfect day out in the UK. I was glad to see Joe Moran answers that, for him, it is the Spaghetti Junction, off Birmingham, and saying:

I'd been inspired by French travel writers like François Maspero and Jacques Réda, who make intrepid journeys to mundane places such as commuter suburbs and the undiscovered lands underneath elevated roads. I wanted to explore this place at the heart of the British motorway system that most motorists pass through in a few seconds.

Joe Moran is a British cultural historian and author of five books, among them On Roads, and the editor of a very interesting blog. I was glad that he cited Maspero and Réda, the second being one of my favorite writer. He could also mention François Augé an anthropologist who studied what he calls les non-lieux, the "nowhere lands". 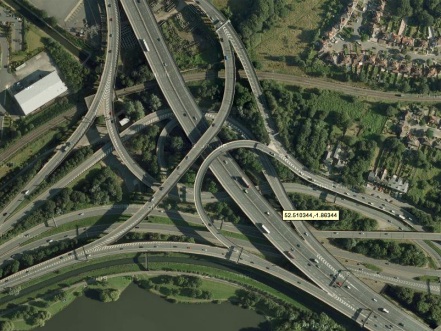