Which childhood?
The one from which you’ll never escape? You,
so slow to know
what you know and don’t know.
Still thinking you hear low song
in the wind in the eaves,
story in your breathing,
grief in the heard dove at evening,
and plentitude in the unseen bird
tolling at morning. Still slow to tell
memory from imagination, heaven
from here and now,
hell from here and now,
death from childhood, and both of them
from dreaming.﻿
Li Young-Lee

The New Yorker a un Tumblr! 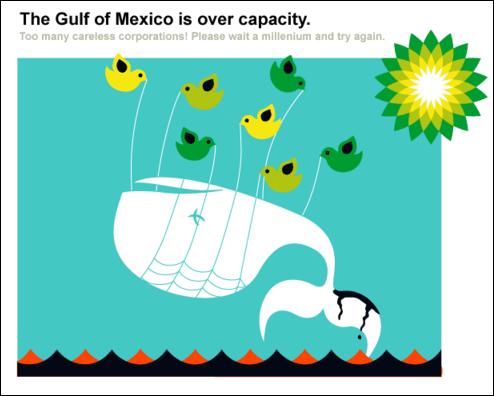 Not your usual World Cup blog

The New Republic has started a World Cup Blog, I can guess that it will be interesting to read, and I'll stick to it for the duration. (via Kottke)

One of the first post is titled "Latino Immigration and U.S. Soccer" and is a great read!

# Explore the South African stadiums in 3D﻿ via Google Earth

# Can A President Be An Angry Black Man? (NPR)

Scientists say juggling e-mail, phone calls and other incoming information can change how people think and behave. They say our ability to focus is being undermined by bursts of information. These play to a primitive impulse to respond to immediate opportunities and threats. The stimulation provokes excitement — a dopamine squirt — that researchers say can be addictive. In its absence, people feel bored. The resulting distractions can have deadly consequences, as when cellphone-wielding drivers and train engineers cause wrecks. And for millions of people like Mr. Campbell, these urges can inflict nicks and cuts on creativity and deep thought, interrupting work and family life.﻿

On this subject read the post of my friend RJ Keefe on his blog.

# The Psychology of Darth Vader Revealed﻿ (he is severely borderline! you betcha!)

# Nuclear Follies: How Not To Stem the BP Oil Gusher﻿ (Daily Kos) (not the good solution)

There are three New York Cities

There are roughly three New Yorks.
There is, first, the New York of the man or woman who was born here, who takes the city for granted and accepts its size and turbulence as natural and inevitable.
Second, there is the New York of the commuter—the city that is devoured by locusts each day and spat out each night.
Third, there is the New York of the person who was born somewhere else and came to New York in quest of something. Of these three trembling cities the greatest is the last—the city of final destination, the city that is a goal. It is this third city that accounts for New York’s high-strung disposition, its poetical deportment, its dedication to the arts, and its incomparable achievements. Commuters give the city its tidal restlessness; natives give it solidity and continuity; but the settlers give it passion. And whether it is a farmer arriving from Italy to set up a small grocery store in a slum, or a young girl arriving from a small town in Mississippi to escape the indignity of being observed by her neighbors, or a boy arriving from the Corn Belt with a manuscript in his suitcase and a pain in his heart, it makes no difference: each embraces New York with the intense excitement of first love, each absorbs New York with the fresh eyes of an adventurer, each generates heat and light to dwarf the Consolidated Edison Company.
Here is New York, E. B. White, 1949

# Flotillas and the Wars of Public Opinion | STRATFOR

The Israelis will argue that this is all unfair, as they were provoked. Like the British, they seem to think that the issue is whose logic is correct. But the issue actually is, whose logic will be heard? As with a tank battle or an airstrike, this sort of warfare has nothing to do with fairness. It has to do with controlling public perception and using that public perception to shape foreign policy around the world. In this case, the issue will be whether the deaths were necessary. The Israeli argument of provocation will have limited traction. Internationally, there is little doubt that the incident will generate a firestorm. Certainly, Turkey will break cooperation with Israel. Opinion in Europe will likely harden. And public opinion in the United States — by far the most important in the equation — might shift to a “plague-on-both-your-houses” position.

In the short term, Hamas will benefit politically from its role as a supporter of the flotilla, its public calls for Israel to not interfere with the effort to break the blockade, and the burnishing of its fading "resistance" credentials. Ismail Haniyah set up the situation as a win-win for Hamas in his May 29 speech declaring that it was a victory if the flotilla got through or if Israel stopped it. The bloody outcome only increased the size of the victory for Hamas. Previously, Hamas had launched a broad media campaign to focus attention on the flotilla and warn of the possibility of an Israeli action against it. so Hamas is hoping the incident will give it at least a temporary boost. It should be pointed out that even the sympathy boost that Hamas garnered after the 2008-2009 Gaza war evaporated in just two months.

What we witnessed in the early hours of Monday morning was symptomatic of a new degree of fatigue in Israeli governing circles. The fact that both the political and the military authorities could sign off on such an irresponsible operation suggests that the leadership of the country has given up what it has concluded is ultimately a Sisyphean attempt to accommodate world opinion. Isolation is no longer a threat to be fought, their thinking seems to go, because Israel is terminally isolated. What remains is to concentrate exclusively on what is best for Israel's survival, shedding any regard for the opinion of others

The real problem, Greenblatt says, is that business interests have intruded on a culture that was founded on the ideals of openness and creativity. In Greenblatt’s heyday, he and his friends shared code freely, devoting themselves purely to the goal of building better products. “There’s a dynamic now that says, let’s format our Web page so people have to push the button a lot so that they’ll see lots of ads,” Greenblatt says. “Basically, the people who win are those who manage to make things the most inconvenient for you.”

# Organizing Armageddon: What We Learned From the Haiti Earthquake | Wired

One of the biggest ideas to hit the humanitarian community in the past decade is the notion of surveying the recipients of aid to see what they think. That’s very commercial ­ treating them more like clients than victims…After the Asian tsunami, the Fritz Institute conducted one of the first-ever surveys of aid recipients. Only 60 percent of families surveyed in India and Sri Lanka said they had received timely aid and were treated with dignity in the 60 days after the tidal wave hit. Almost everyone reported getting water within the first couple of days, but just 58 percent of Sri Lankans reported receiving shelter in a timely manner. In general, post-disaster studies tend to measure “throughput indicators” like how much food was distributed, or how much shelter got provided, instead of “output or outcome metrics” like lives saved or suffering alleviated.

Venerable Dharma Master Cheng Yen, 73, leads Taiwan's largest charity of 120,000 volunteers and teaches Buddhism on her television show. Add to her resume product tester for Asustek Computer Inc.'s e-book reader. "Because of her patience she can do a better job testing than most," said Jonney Shih, chairman of the Taipei computer-maker and honorary board member of Cheng Yen's Tzu Chi Foundation. "Some ideas were a little bit different from normal usage, but I asked my team to sincerely accept that advice." The charity is testing e-book readers for its Buddhist scriptures and to record donations, said Shih, whose company donated land next to its headquarters for Tzu Chi's Taipei office. Cheng Yen, who gives daily sermons on Tzu Chi's TV station in traditional robes and shaved head, founded the organization in 1966. The reward for Tzu Chi's help will be a final version of the product tailored to the charity's needs in the next 2 months, at least 3 months before the commercial release.

In 1938, wallet manufacturer the E. H. Ferree company in Lockport, New York decided to promote its product by showing how a Social Security card would fit into its wallets. A sample card, used for display purposes, was inserted in each wallet. Company Vice President and Treasurer Douglas Patterson thought it would be a clever idea to use the actual SSN of his secretary, Mrs. Hilda Schrader Whitcher. The wallet was sold by Woolworth stores and other department stores all over the country. Even though the card was only half the size of a real card, was printed all in red, and had the word "specimen" written across the face, many purchasers of the wallet adopted the SSN as their own. In the peak year of 1943, 5,755 people were using Hilda's number. SSA acted to eliminate the problem by voiding the number and publicizing that it was incorrect to use it. (Mrs. Whitcher was given a new number.) However, the number continued to be used for many years.

Increasing military interest in the body cancels the transgressive potential of the cyborg. Where humans become the weakest link in contemporary warfare, the cyborg represents a desire for total masculinist control and domination. Machines, not human bodies, are now the subjects of the text. 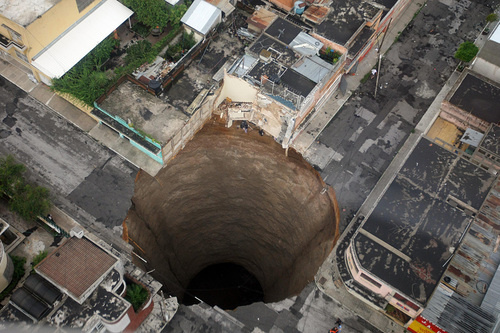