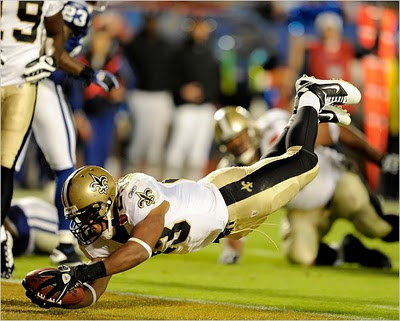 “Four years ago, whoever thought this would be happening?” quarterback Drew Brees said. “Eighty-five percent of the city was under water. All of the residents evacuated across the county. Most people not knowing if New Orleans could ever come back or if the organization or team would ever come back.”

Brees has described signing with the Saints, after the 2005 season, as a calling. He moved his family to the city and has devoted himself to helping it recover. At the same time, he has made himself one of the league’s elite quarterbacks — he was the runner-up to Manning for the league’s Most Valuable Player award this season — and he was almost perfect in the final three quarters of Sunday’s game.